High-Tech Liposuction – What Can You Expect for Outcomes? To treat excess fat, reduction via liposuction is a no-brainer. But how do newer technology-based solutions fit in? The jury is still out according to several industry experts. In the March issue of Cosmetic Surgery Times (CST), Dr. Jane Petro, a Boston-based plastic surgeon points out

High-Tech Liposuction – What Can You Expect for Outcomes? 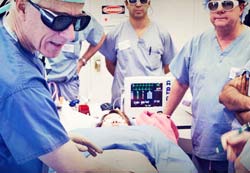 To treat excess fat, reduction via liposuction is a no-brainer. But how do newer technology-based solutions fit in? The jury is still out according to several industry experts. In the March issue of Cosmetic Surgery Times (CST), Dr. Jane Petro, a Boston-based plastic surgeon points out that "there is relatively little evidence-based medicine regarding the varying liposuction devices used in cosmetic surgery today — particularly regarding the claimed advantages of one technology over the other." Her recommendation to the industry at-large? To fill the void with comparative studies that work towards generating the evidence today’s cosmetic surgeons need to select the best liposuction devices for their practice.

Which type of liposuction is best for patient and physician? Without data comparison data among varying modalities, it’s challenging, Dr. Petro told CST: "If you look at what makes absolute clinical evidence known to be true, the general history of medicine is filled with what you would call 'expert opinion.' However, expert opinion can be subjective and in part is therefore regarded as a low level of evidence," she’s quoted as saying.

Another expert also weighed in: "I believe that comparative multicentered studies are lacking regarding these newer technologies and their evolving indications. Those of us who are fortunate enough to have multiple devices in our office should conduct comparative studies and share that information because our hands are not tied. We purchase the devices, we may be users of the devices, but we are independent of the companies." That’s what Loma Linda, Calif-based surgeon Gordon H. Sasaki, MD, told CST.

According to the Numbers
According to the annual statistics reported by the American Society of Aesthetic Plastic Surgery (ASAPS) for 2011, Liposuction is the number 1 procedure in the United States. And there is good reason for the distinction: It’s safe and satisfactory when performed by an experienced physician, according to the experts. Here’s what they told CST about how the high-tech versions compare with traditional liposuction:

"You can take out fat in the challenged lax-skinned patient by any liposuction method. However, unless you have a mechanism that is going to coerce that skin to contract and accommodate to the volume loss, you will be left with flaccid skin. The LAL technique will not only remove fat, but also remodel the collagen for eventual skin tightening," Dr. Sasaki explained to CST.

Give Fat A Chance
As fat transfer (liposuction followed by reinjection to face or buttocks) is becoming more commonplace, liposuction technologies such as water assisted and ultrasound assisted have found their niche. Specifically, Dr. Sasaki told CST based on his own study, UAL or VASER (Sound Surgical Technologies) can remove fat and are gentle enough to preserve it for fat grafting. "The choice of device depends on what the indication is for a particular patient and what you want to achieve. Device manufacturers today are refining their devices and trying to create their own special niche, i.e., liposuction plus fat harvesting or liposuction plus skin tightening," he said.

Looking closer at VASER, one study "showed a clinically significant 53 percent improvement in skin retraction per cc of aspirate removed relative to the traditional SAL technique, and an average reduction of 26 percent in blood loss compared to SAL," reports CST.5

But to answer the question of what’s right for each individual patient? CST quotes Dr. Sasaki as saying, "Final surgical outcomes may be equally based on a careful patient selection and knowing what your patients' goals are, the surgeon's artistic ability and procedure know-how, and lastly the device. The device is a device and achieving good outcomes in part depends on how you use it.”