Liposuction Information Liposuction Defined Liposuction is defined as the removal of fat from deposits beneath the skin using a hollow stainless steel tube (called a cannula) with the assistance of a powerful vacuum. Liposuction can be accomplished either with the use of general anesthesia, or with heavy IV sedation, or totally by local anesthesia.

Liposuction is defined as the removal of fat from deposits beneath the skin using a hollow stainless steel tube (called a cannula) with the assistance of a powerful vacuum. Liposuction can be accomplished either with the use of general anesthesia, or with heavy IV sedation, or totally by local anesthesia. This web site considers both the benefits and the potential dangers of local anesthesia and of systemic anesthesia.

Tumescent liposuction refers to a technique that uses large volumes of very dilute local anesthesia that is injected into the fat causing the targeted areas to be come tumescent, or swollen and firm. Local anesthesia is widely regarded as the safest form of anesthesia. Because local anesthesia persists for many hours there is no need for narcotic pain medications after surgery.

There are many ways to do liposuction, for example liposuction can be accomplished painlessly either totally by local anesthesia or with general anesthesia. In the realm of liposuction, maximum speed and maximum volume of aspirate are not criteria for excellence. Ultimately, excellence is measured in terms of patient happiness which is a function of safety, patient comfort, finesse, and quality of results. The important distinction between liposuction surgeons who are board certified is the liposuction technique that they use. The surgeon’s specialty is not as important as the surgeon’s technique, experience and attitude toward safety.

Liposuction complications are often the direct result of lack of caution, poor judgment, over confidence, ignorance about pharmacology, or adherence to faulty dogma. This web site discusses these traits, and explains how to reduce the risk of liposuction surgical complications.

The “Art of Liposuction”

Liposuction is a medium of artistic expression that displays itself in (1) a practical application of scientific knowledge, (2) the production of what is beautiful, (3) a perfection of workmanship, (4) a perpetual quest for improvement in technique, and (5) a skill attained through clinical experience, and above all (6) making people feel happy about what they see in the mirror.

Artistry and Safety are Related

This web site asserts that artistry and safety depend on each other. The word “art” implies skill and mastery of a technique. In order to master an artistic liposuction technique, the surgeon must have the skill and intelligence to avoid exposing patients to unnecessary dangers. The true artist provides better results, and uses the safest technique and never forgets the duty to “first, do no harm.” For example, even if a patient wants to have a large volume of liposuction accomplished in one session, the artist convinces the patient that serial liposuction procedures are safer and ultimately yield better results. It is not artistry to take unnecessary risks or push liposuction to the limits of safety.

Risks of Liposuction must be well understood by all prospective liposuction patients. This web site emphasizes the need to constantly be aware of safety issues. In order to minimize the risk of liposuction, the patient must be aware of the following facts:

The tumescent technique permits the use of microcannulas which in turn yields smoother cosmetic results. Traditional liposuction cannulas (stainless steel tubes) have a relatively large diameter and remove fat rather quickly. However, with the use of large cannulas (diameter greater than 3 millimeters) there is an increased risk of irregularities and depressions in the skin. Microcannulas with a diameter less than 3 millimeters, allow fat to be removed in a smoother and more uniform fashion. Some surgeons prefer larger cannulas because it allows liposuction to be done more quickly.

After tumescent liposuction, there is a certain amount of blood-tinged local anesthetic solution that remains under the skin. This excess fluid is either slowly absorbed over several weeks into the blood stream, or it can be rapidly removed by drainage through skin incisions and absorbed by special absorptive pads (HK Pads).

Rapid drainage of blood-tinged anesthetic solution out of incision sites, accelerates the rate of healing, and reduces post-operative pain swelling, and bruising. Post-liposuction drainage of blood-tinged anesthetic solution can be maximized by 1) leaving incision sites open and not closed with sutures, 2) placing several adits (1.5 mm tiny round holes) in the skin to encourage drainage, 3) placing HK Pads on the skin to absorb the drainage, and 4) wearing spandex compression garments to encourage drainage. 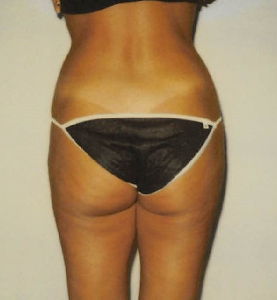 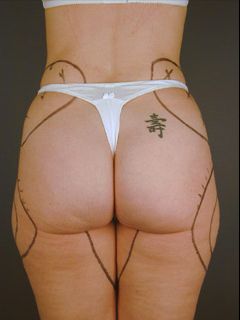 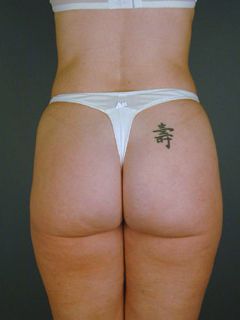 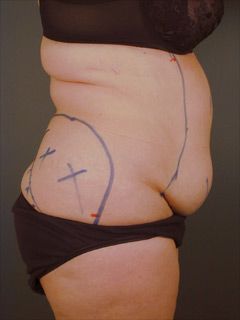 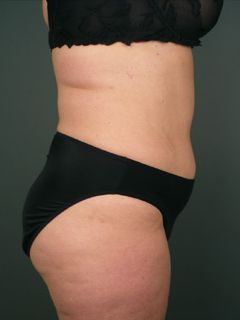 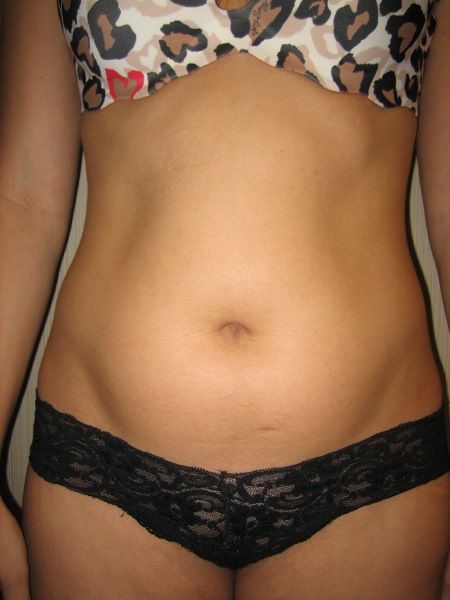 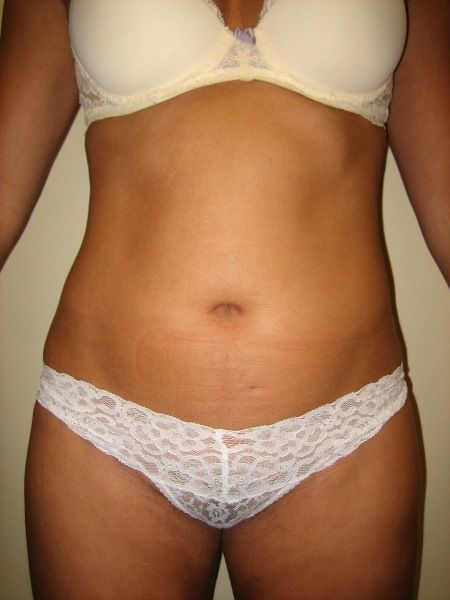