You are browsing the blog.

 Menopause: Blame it for Belly Fat, Not Weight Gain

One of the most common concerns women have as they age is weight gain, especially in the mid-section. But what chance do you have if you’re a woman approaching menopause, which is frequently blamed for putting on unwanted pounds? According to a news release of a recent study conducted by the International Menopause Society, it’s not menopause itself that’s responsible for weight gain. Instead, they say, hormonal changes are responsible for differences in fat distribution. 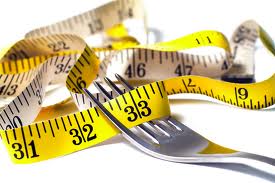 In the study, researchers found that hormones were not responsible for weight gain, but factors such as diet and exercise were. As for belly fat, at the onset of menopause, estrogen levels begin to drop and whether you gain weight or not, researchers found that there is a significant change in the way fat is deposited. Where it goes? You guessed it. Right to the belly.
“What this translates to in real terms is that women going through the menopause should begin to try to control their weight before it becomes a problem, so if you have not been looking after yourself before the menopause, you should certainly start to do so when it arrives,” said lead study author Susan Davis from the Monash University in Melbourne, Australia. “This means, for all women, being thoughtful about what you eat and for many, being more active every day.”
Weight gain is associated with several chronic diseases and conditions, such as high blood pressure, depression, cardiovascular disease, diabetes and other medical conditions. Since heart disease is the #1 killer of postmenopausal women, it’s wise to consider lifestyle changes and/or other options such as liposuction to get your weight under control. Do your research on all available options, and be sure to find a reputable doctor.